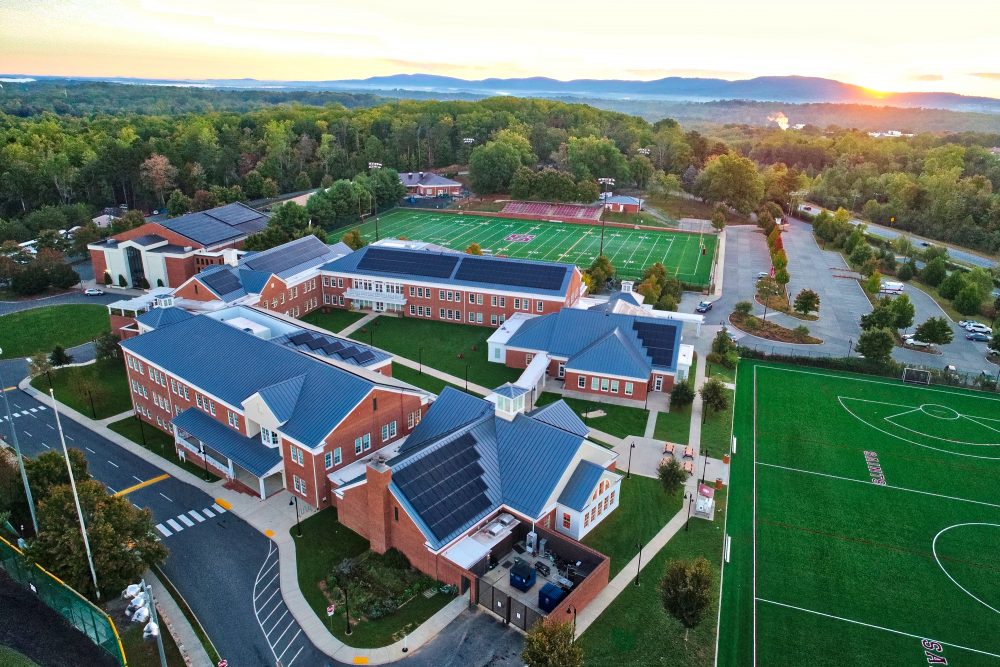 The numbers are staggering: installed capacity is up 10x over just the past two years alone, with 90 percent of that growth coming from Power Purchase Agreements, which allow schools to see the savings and educational opportunities through solar while having a company like Sun Tribe design, build, and maintain a solar array without any expense to the school district. Today, there is over 20,500kW of installed solar capacity in Virginia’s schools, with more being added each month as school administrators see the benefits of on-site solar for their teachers, students, and members of the community.

The report also points out a critical issue for Virginia schools: the limits placed on the Power Purchase Agreement Program by the cap placed on it when it was established in 2013 – a 50MW limit in Dominion territory, and a 7MW limit in Appalachian Power (APCO) territory.

As of December 2019, 42.7MW of the 50MW have already been enrolled. Unless the cap is expanded, school districts and local governments who are eligible for the program will be shut out, and unable to see the financial savings and educational opportunities enjoyed by their neighboring districts. In APCO territory, the situation is even more challenging: there is a 7MW cap, but schools serviced by APCO are denied the opportunity to participate at all, since the program is only open to private institutions of higher education. Students, administrators, and community leaders in APCO territory want solar – just listen to this podcast from the Southern Environmental Law Center, called Broken Ground, where students in Middlesex County, Virginia see the benefits of solar, while students and educators in Southwest Virginia hope for a day where they can see similar benefits through a Power Purchase Agreement. 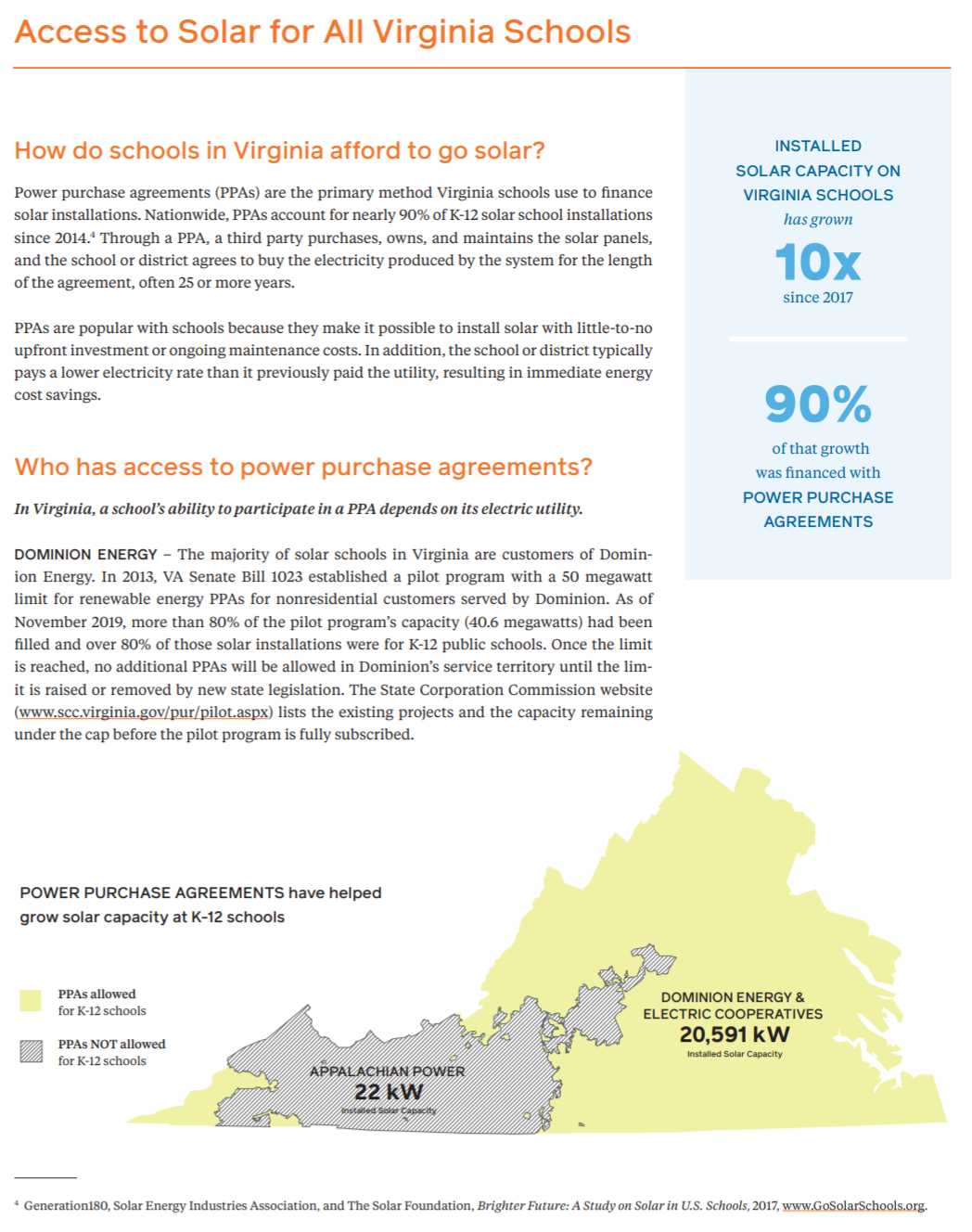 The possibilities when Virginia schools adopt solar are limitless – significant financial savings, real-time STEM learning opportunities for students, and more jobs for Virginia workers. As an independent non-profit which has experience in guiding public sector leaders and advocates towards solar, Generation 180 has sifted through the data and laid out a clear story: that there is clear momentum building for school leaders to make solar power purchase agreements a part of their energy planning today and in the future.

At Sun Tribe, we have helped school districts and local governments save tens of millions of dollars through solar. By working with our industry-leading development, engineering, procurement, and construction teams, school leaders can help move their districts into the 21st century while seeing a positive impact on nearly every part of their institution. 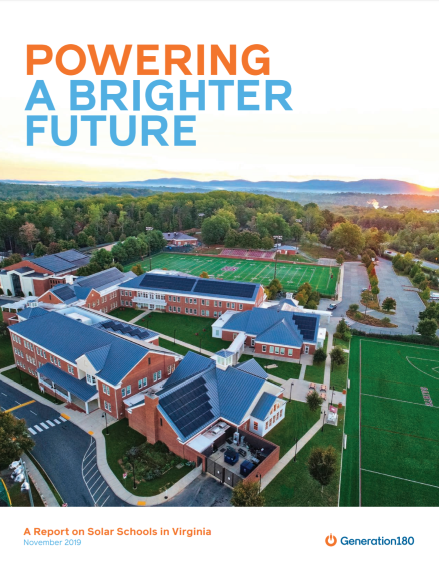